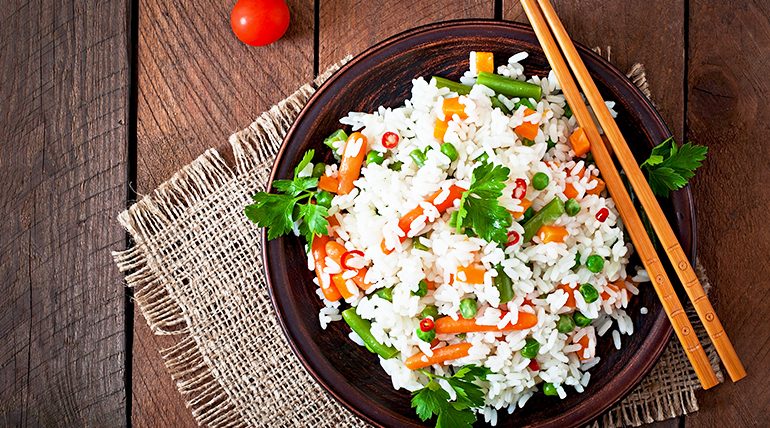 Festivals are the occasions which serve to unite people from different cultures and backgrounds. Diwali is one of the most popular festivals in the country. Be it any corner of India, Diwali is celebrated with joy and enthusiasm.

Sweets are the most important part of the festivals in India. We are divided by cultures but united by food and taste.

This Diwali let’s have a glance at the Traditional Diwali Desserts across India. 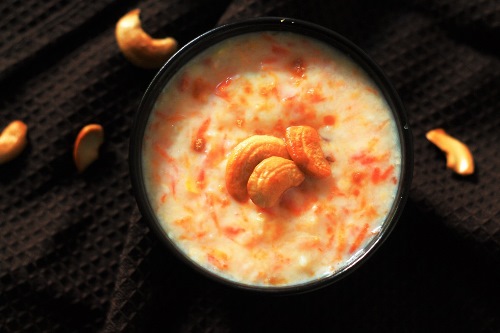 It’s a runny carrot kheer with lots of Silvered Almonds quite popular in North India. It is from the family of the traditional Gajar Ka Halwa, but is more interesting in terms of flavor, texture, and appeal. This dish will surely make your heart melt. 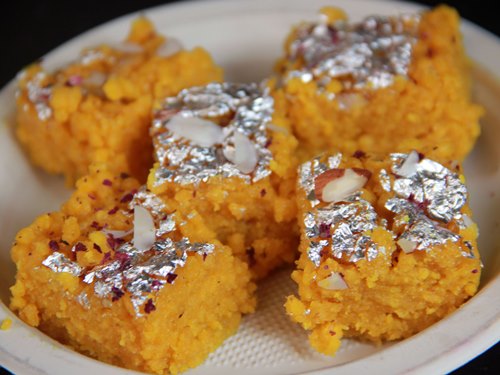 Popular in Western India, specially made in Rajasthan & Gujarat – Moti Pak is a Barfi made with chickpea flour, khoya, and sugar.

The taste reminiscent of Moti Pak is somewhat similar to our much loved ‘Motichur Laddoos’. 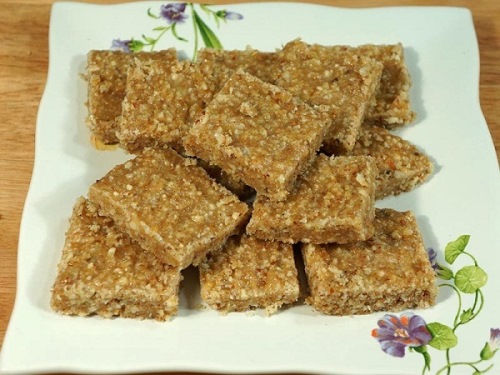 This unique type of barfi has its origin in central India, specifically in Sagar, Madhya Pradesh.

It is made with almond –flavoured seeds called chironji or charoli which is also used as a cooking spice in India.

It is the cooked in Desi Ghee and is widely loved by the people across India. 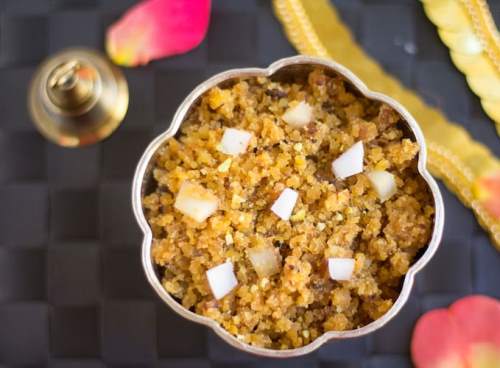 The most popular dessert in the Chettinad cuisine is – Ukkarai.  This simple yet delicious traditional dish is made from chana dal, jaggery, and roasted nuts.

Ukkarai will give your taste buds a delightful experience this Diwali. 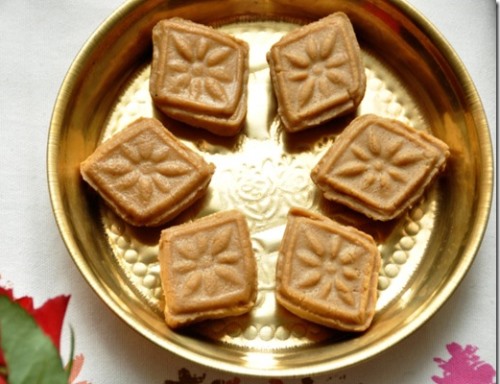 Sandesh also pronounced as ‘SONDESH’ by the Bengalis, is made of chana, sugar/jaggery and lots of Desi ghee. It is the most popular dessert across East India. 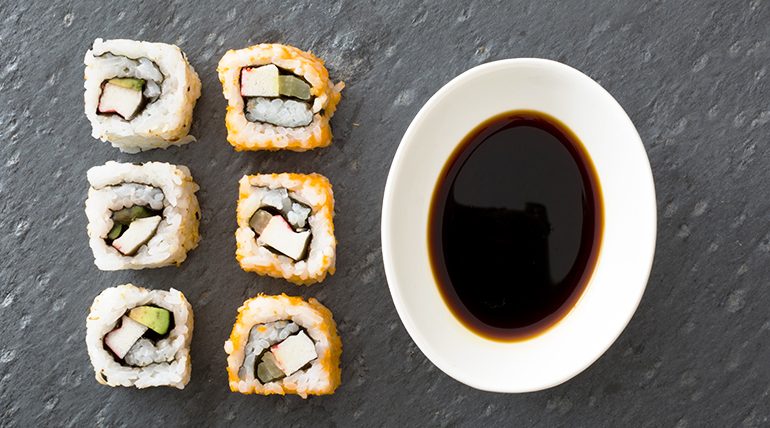 How to Make It

Take a pan and boil the basmati rice in it like the way you do when you cook normal boiled rice.

Add the cardamoms and salt to the boiling rice. Cover and cook it for 20-25 minutes, on sim flame, until water is absorbed and the rice is tender.
Let it cool at room temperature. Once cool, discard the cardamom pods.

Take a bowl and combine cream, sugar, mascarpone cheese, and rose water in it. Whip this mixture with the help of an electric mixer at medium speed, until the consistency is thick.

Add the mixture in rice. Stir well. Put the pudding in your serving bowls/glasses. Cover and chill until cold. 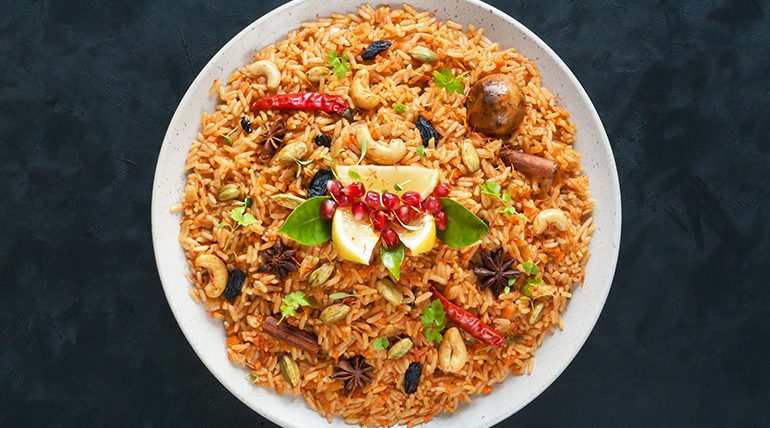 Step 1
Wash rice twice and soak in just enough water to cover it for half an hour. Drain after 30 minutes.

Step 3
When cool, thin slice the almonds and break each cashew nut into half.

Step 4
In the same pan add rice and sauté gently for two to three minutes. Add nutmeg powder and green cardamom powder to the rice.

Step 5
In another pan boil milk and sugar adding saffron to it.
Now, add this milk to the rice along with three and a half cups of hot water.

Step 6
Add raisins to the rice. Stir once. Cover and cook on low heat till done. Allow standing time of five minutes.

Phirni is a very popular North Indian dessert usually prepared during festivals. The recipe made with ground rice and milk. This traditional sweet dish is a very simple yet delicious recipe. It does not require too much time to cook if the right ingredients are in place. What is the difference between kheer and phirni?

It is the rich & creamy texture of the delicacy that is prepared with rice blend and infused with aromatic essence. There are various versions of this traditional Indian sweet dish such as Badam Phirni, Kesar Phirni, and Apple Phirni. So, add your twist of flavors and make this delicious dessert recipe personalized and even more interesting.

Step 1
Soak 5 tbsp of basmati rice in water for 1 hour.

Step 2
After an hour, discard the water and blend rice into a coarse paste and keep it aside.

Step 3
Take a large wok and boil 1-litre milk in it. Then add the rice and allow it to cook on low flame. When you see that the milk is reduced to half, the rice is completely cooked.

Step 4
Now add ¾ cup of sugar and a pinch of Saffron to it. Mix it well till the milk thickens and turn creamy.

There are many stories about its origin, but the most popular one links it to Nawab Asaf-ud-Daulah, who was the wazir or ruler of Oudh/Awadh during the late 1700s. In 1784, during the great famine, the Nawab introduced a charitable initiative for his people with a food-for-work programme. He wanted to construct a Moghul architectural marvel – the Bara Imambara, which was one among the many structures that the Nawab planned to build in the city. Many people volunteered for the initiative, and to feed the masses through day and night, the cooks employed the method of dum pukht, wherein meat, vegetables, rice, and spices were put together in large vessels or handis, sealed with dough and left to slow cook for hours. This system of cooking proved to be the most convenient method to provide meals to a large number of workers as well as make for them a flavorsome meal without using excessive spices, which were in short supply then.

It was on one such day when a pot was left to slow cook that the delightful aroma from the dish caught the Nawab off guard and he at once ordered his shahi cooks to make the same dish in the royal kitchen. The master chefs employed the same technique of dum pukht along with royal finesse and thus started a whole new kind of preparation, which soon became immensely popular in the courts and among the upper class as more refinements were introduced. It was later adopted by royal kitchens in Hyderabad, Kashmir, Bhopal, and other regions as well.

Copyrights © 2021 All Rights Reserved. | Design & Developed by The Cheery